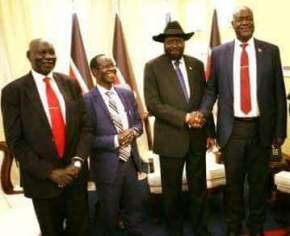 By Jon Pen KWAK (as in the picture) is Kiir-Wani-Awet-Kuol conclave, the only top SPLM/A High Command Council members remaining alive and in Juba. The KWAK Conclave has been hijacked by ‘NCPLM’, an… Continue reading → 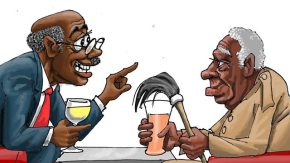 Kibakiman: I am talking about Southern Sudanese. They just can’t stop themselves. They fight for independence, thousands die in the struggle, millions are displaced, tens of thousands starved, they win, they celebrate, the world world wishes them well. And then what? Do they settle down and enjoy their fruits of victory? They don’t! Do they look after their cattle, tend their fields, send their children to school, see them grow up and prosper, watch Arsenal play Manchester United on a television on a Sunday like the rest of us in Africa do? No, they do not. They fight, and die, and divide civilians from their homes, and rape, and maim, and return their country to the stone age, and there appears to be no force in the world to stop them.” 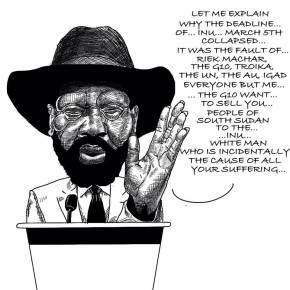 OPEN LETTER TO JCE: YOUR SCAPEGOAT POLITICS AND TRIBAL ACTIVISM ARE DESTROYING OUR NATION

Without wasting time on that long letter aimed at creating a scapegoat, I have got what I wanted already in that opening paragraph. Hypocrisy, escapism and threat against the people who tell the truth in South Sudan. Unfortunately, most of such things are done in the collective name of the largest ethnic group in South Sudan by a minority of recyclable politicians who use their innocent communities as pawns in the war of political power maintenance. The most unfortunate part of this story is the way straight talkers like Mac Paul Kuol Awar are being fronted to the community as the villains of the war. Just by telling the truth, which is sworn in an oath before a witness speaks, a certain group that calls itself the name of the whole tribe is misleading the communities to shift from the culprits of the war to the scapegoats like Mac (pronounced ‘mach’) and those named in the report. The method of coercion of support is threefold, as done through allegiance to tribe as seen in Agel Machar’s reason of defection here, bribe, which is offered in terms of cash money, job or other favours, and threats. Threat of use of force is always the last resort as in Agel Machar’s picture here, again. 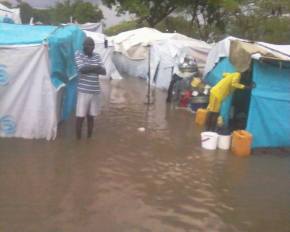