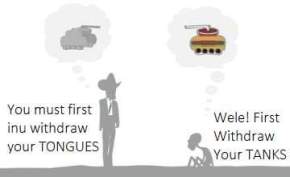 By Jon Pen de Ngong No! He is not. And he is the one answering you as follows in the grammar of a ‘First Person Singular’ and Direct Speech. I have suffered from… Continue reading →

Today afternoon at Souk al Arabi, while enjoying one of our rarest Janubi dishes at Mama Zara Restaurant, Khartoum branch, a friend told me this. Oh, before he told it me, let me… Continue reading →

HOW US AIR FORCE CAPTURED JUBA AIRPORT AND DID THEIR OWN THINGS WHILE ‘BABA’ WAS SLEEPING in 2016!

By Aftaboss Cyber Nomads In July 2016, many wonders that have entered history annals and Hollywood movies took place in the South Sudanese capital of Juba, besides the J1 Dogfight. Triggered by the… Continue reading → 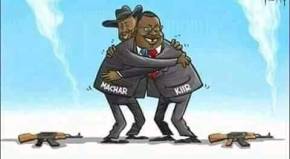 And here is the best demonstration for this Khartoum Peace Armistice amnesty: free Peter Biar Ajak, James Gatdet Dak, Dong Samuel  Luak, Aggrey Idri, and the like, including that innocent young woman who… Continue reading →

THE 5 PHYSICAL PEACE GESTURES BY IGAD

Our genealogical scientists and patriachs made a perennially damaging error along our ancestral trails! The idiots must have dropped a pigment of war virus into our DNA as part of its reagents! So… Continue reading →

I am a shoe shiner. My dream target this year was to shine your presidential shoes this Valentine Day. Unfortunately, I could not even catch sight of your vehicles speeding on Ministry Road. The police and security whisk us away like flies from the roadside.

This is the reason why I want to take this service to your doorstep. There is no business. Those we used to shine shoes for complain of ‘gurus mafi’. That there is no money. They say the prices of oil have dropped. And then all the remaining oil money goes to Khartoum as fees for this and that. They say some people in the government have increased the exchange rate. Yet they are keeping the salaries and prices of commodities normally low. 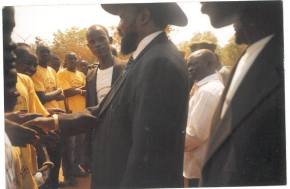 OOPSLEAKS: Why I Turned Down a ‘Decree’ to The Office of the President!

I will tell you everything. And I will tell you why I am telling you everything I have been doing for the last three years of my life in exile. Unfortunately, I have not kept a regular diary on my trips from Juba to Nairobi (Kenya), Addis Ababa and other peace hosting towns like Debre Zeit, Bahir Dar of Ethiopia, Arusha (Tanzania), Pagak (South Sudan) and Kampala (Kampala). 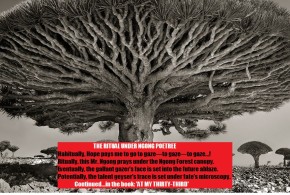 I cannot forget my own community brothers and friends who made me come back here, including those who might have withdrawn their support, leaving me in this maddening suspense, on flimsy excuses of my being antagonistic to the government of the day (according to rumours). I still love them because they would still help me in the future, when I have changed my heart (Inshallah), or when they have changed their hearts, or when the leaders of our country have changed their hearts and united our split-down-to-the-family nation as such. More of this will come in the Part Two of this series. 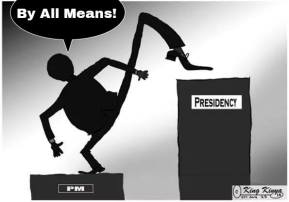 THE JUB’A’D’DIS’AGREEMENT: 4-Comment-based Analyses of How Peace was Undone in Juba Consultation Meeting

From the negotiators point of view, it is always almost impossible for two or more armies to accept the political armistice and march in their columns into each other’s parades under one C-in-C from the day one of the signatures by the non-military signatories in a political gimmick fanned and funded by foreign dignitaries. So what should be done? It is known. It takes time to mobilize or demobilize, reintegrate or disintegrate the highly tribalized militias and the falsely politicized soldiers into a professional and conventional national army. This time is called ‘pre-interim period’. It is the time during which the troops are wild and resentful to their own political and military leaders, leave alone ‘cross-leaders’ forced on their traumatized ranks and files by the peace documents. Unless we are postponing the war, we should not rush those wild armies like the White Armies, Mathiang-Anyor, etc. into one camp before they are cleansed from PSTD (Post-Trauma Stress Disorder). 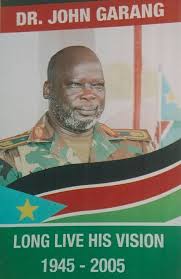 What puzzled us was the way the Man used to like minimizing problems, even big ones like this. Imagine him telling Deng Alor who was connected to the accident scene by radio call on the line from Kampala, “Everything is ok. Nuna kweiseen or We’re fine. We won!” he bragged. “Eh, this man, ya jamaana!” We, soldiers, wondered as their jovial conversation went on. 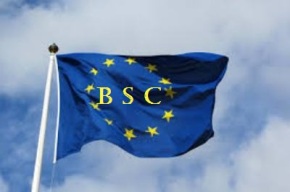 DEAR READERS: Kur Garang has done it again! This time on a vivid remembrance of the battle that led to the capture of Ikotos. No, my interest is not about Ikotos as a… Continue reading →

‘Ban the Can’ and Save Juba from Turning into a ‘Metropollutant’ City!

PREAMBLE: During my 2010 ‘Keep Juba Clean and Glean” activism, I dedicated the whole chapter in my poetry book to the environment. One of the poems from Chapter 16 of ‘The Black Christs… Continue reading → 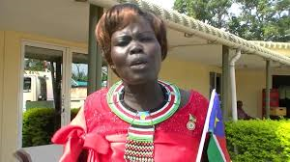 The South Sudanese peace talks have been dogged with controversies. Big stories have been going round among the delegates and IGAD here. One of them was the fabricated arrest of Mabior Garang de… Continue reading → 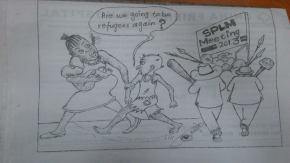 NB: This post was from my “Old Flame” published on December 6, 2013 in reaction to Mandela’s death… (https://www.facebook.com/penndengong) History is a good god of its own. It has the ability to bestow… Continue reading →

LITERARY LETTER TO G4: SOUTH SUDAN, THE NATION IN ‘DARKNESS AT NOON’, THE NOVEL…!

LETTER TO THE ‘G4’ (FORMER SPLM POLITICAL DETAINEES) Dear Leaders, Hoping that you will be out soon, because you are innocent, allow me to send you this poem and a book review… Continue reading → 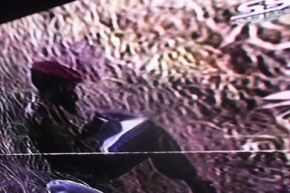 THIS WAR CRY IS A WAR CRIME, MR. PRESIDENT! DAY 3 OF ‘THE COUP’ (Dec. 17, 2013). Since independence, there is no month passed without mass killing here and there in the nascent… Continue reading →

This morning, I was part of the multi-nationality queue in search for something. But I got a different thing, and another thing, altogether. It was a boulder of hot slap on my shoulder… Continue reading →

Before you read this illustrious piece and its illustrative poems, know that this season in the headlines brings us Garang’s birth, Mandela’s hospitalization, Obama’s visit to Africa, Salva Kiir’s home politics, and so… Continue reading → 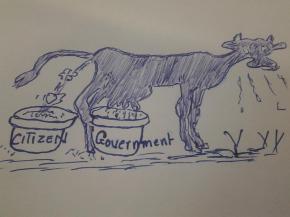 BRAVO MR. PRESIDENT, WE DON’T NEED ANTI-FIRE SAFES; WE WANT ANTI-THEFT SAFES TO SAVE OUR ECONOMY AND SERVE OUR AUTONOMY!

“The two ministers transferred the money to the private company without knowledge or authorization from the president or the cabinet for alleged purchase of anti-fire safes on behalf of the government.” There is… Continue reading →

An Open Letter to Electronic Mujahideen

Originally posted on The Sudanese Optimist:
Dear Electronic Mujahid, Hello there. Welcome to my blog. Let me preface this letter by saying that in the event that you drop dead while browsing this… 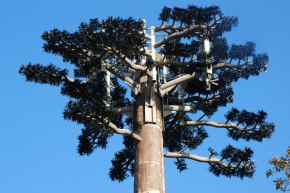 CONGRATULATIONS TO ZAIN: KOLMAREK IS NOW ‘CALLMAREK’ BOMA; THE REAL MEANING OF TAKING TOWNS – NOT TALKING TOWNS – TO OUR PEOPLE!

My boma is called Kolmarek. From now on, at last, at least, I call it CALLmarek, because I can now call up some Col. Marek Makur* (a pseudonym) of the ORP (Operation Restore… Continue reading → 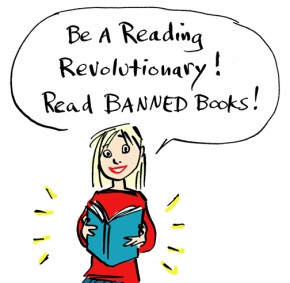 Since the assassination of Isaiah Abraham on Decembe 5, 2012, I have been locked up in a Confucius sort of confusion by my leaders and my readders. The former want me to ‘Stop Writing’, the… Continue reading →

The Aids’ eight+ sources, courses, causes or curses of passing HIV to villagers

Hi villagers! This is not world aid’s day. I mean we are not celebrating IDP or Refugee day; we are commemorating World Aids’ Day. So beware and behave that your villages, infested by… Continue reading →

My ‘Addisaphobia’: A Disagreement in the Addis Agreement Based on my Analysis of Past Historical Trauma and the Present Historic Drama!

“WELCOME BACK TO UNITY!” reads the big billboard that greets us at Khartoum International Airport. Thank God, I was going to run mad if that did not turn out to be a dream.… Continue reading →

Talent is Latent: Cultivate it and excavate it

To give a true definition of a talent, I can first make you sing, speak, dance or even cry it. Or do you not know that even crying has talent in it? Or… Continue reading → 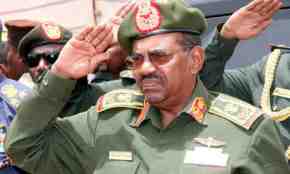 Your Ex-cellency, “Allahu Akbar! Allahu Akbar! The Evilis is out!” Before you shout your lungs out and promise to pray in Bentiu or Abyei next Friday, just on hearing that the man witch-hunting… Continue reading → 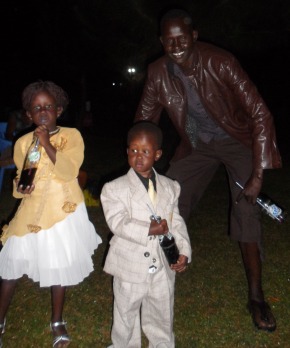 Why I attended Africa Child’s Day Celebration in Juba

The youth, especially the ‘busiest ones’, have begun to shun functions of noble causes these days. Even Sundays are suffering from under-attendance. The reasons cannot only be traced to this world with its… Continue reading → 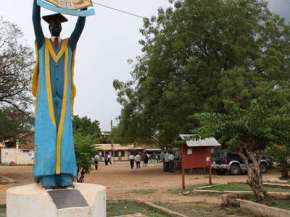 Problem is the ROTS; not the RIOTS in Public Universities and the RISE of Private Institutions in South Sudan

Pieces of Advice to my fellow brothers/sisters and students of the closed ‘universities’. Nobody would wish a son or daughter, a brother or sister to drop out. Nobody! But equally, nobody, in their… Continue reading →

Our Intelligence Systems Suffering from our Negligence Symptoms

“We listen to them. They know that we listen to them. What kind of stupidity? You know I’m listening to what you say every day, and you go on talking about salaries, ammunition,… Continue reading →

Suffering from ETHNORRHOEA: Should we wear white or black on Jan. 9?

I am a man born and grown through a series of serious dilemmas. A dilemma (I call it die-lemma) is a situation where you are forced to choose between sacrificing your mother or your father, as practised… Continue reading →

Dear Readers, Welcome to 2012! The year 2011 was odd whereas the year 2012 is even. That means that the odd histories of the old year will translate to even stories of the new… Continue reading → 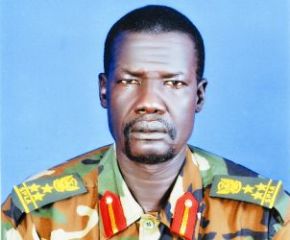 George Athor (RIP: RUST IN PIECES or Rest in Peace? ), How he was killed, and Why we should/n’t mourn or moan for him!

UN, a bunch of big spectators for the game of sick dictators!

My cattle camp wisdom still tells me that if you cow away from restraining a bull, then you will lose it to the creditor or pay for his vandalism. Similarly, if you shy… Continue reading →

SOUTH SUDAN NO.5 AMONG THE TERROR-PRONE NATIONS ON EARTH! Before it turns a month old, the Baby Nation (the Republic of South Sudan) is now facing the challenge of a six-killer childhood diseases,… Continue reading →